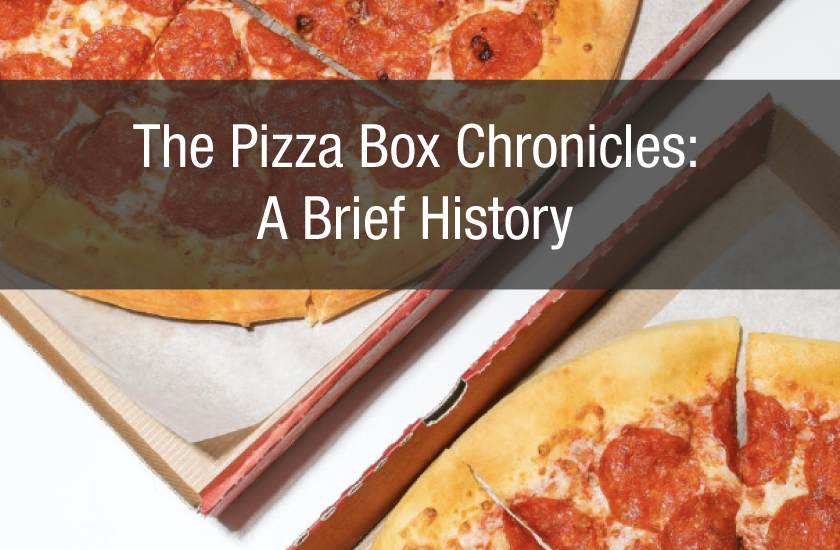 Oh the pizza box, a simple symbol of the culinary treat that awaits inside. According to a poll reported in the New York Daily News, the average American will consume 6000 slices of pizza in their lifetime. That’s a lot of ‘za!

While everyone can agree that pizza is best enjoyed piping hot straight from the oven, inevitably, most of our pizzas will be delivered. That’s where our iconic box comes in. We all know it, wait for it to arrive, and revel in delight when we open it and dive in. But what are the origins of the beloved pizza box?

Beginning in the early 1800s, bakers would deliver large pizzas in copper pots called “stufas” (or quite literally, “stoves”. These travelling stoves kept pies warm as copper is a natural heat insulator.

Traditionally, Italian pizza was portioned for individual consumption, about the size of a tortilla. However, as more Italians began to immigrate to the US, pizza moved and evolved with them. 100 years after the Stufa, the first licenced pizzeria, Lombardi’s, opened up in New York. Serving pizza by the slice in a rolled up cone. While stufas were not brought to the US, Lombardi’s slice offered a convenient way for pizza on the go.

The post-war boom saw the rise of the automobile and migration from city to suburbs. Pizzarias began to shift production from single slice take-away to full pie delivery. Corrugated cardboard offered light insulation to keep pies warm. Prior to the full-blown pizza box, restaurants would pack pies in paper bags with a corrugated base.

While the corrugated plate offered flat support, they were not stackable and tricky to maneuver. Pizzarias began to pack their pies in thin bakery boxes which offered more support than their predecessors.

In the 1960s, a little known restaurant by the name of Dominos pioneered our now universal pizza box. Thus the modern pizza box was born. Composed entirely of fluted, corrugated cardboard, it was strong enough to stack, and naturally insulated to keep pies warm.

60 years later, and the pizza box remains largely unchanged. Why fix something that ain’t broke?

Kirsten Crisostomo is a freelance copy and content writer based in Vancouver, BC. 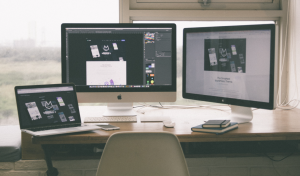 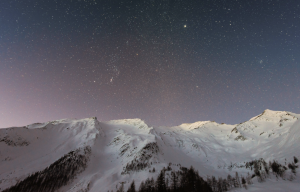 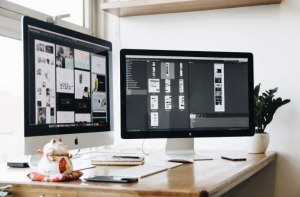 Have your say! Cancel reply

This site uses Akismet to reduce spam. Learn how your comment data is processed.

thank you for choosing ibox!

© 2022 Logo and content are copyright of ibox packaging LTD.